In addition to his extensive teaching and research activities, Prof. Safferling also holds numerous offices outside the university. 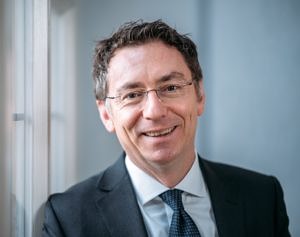 Studied Law in Munich and at the London School of Economics.

Research Associate with Professor Greenwood at the LSE.

Doctorate at the LMU in Munich in 1999 with Professor Dr. Simma.

2nd state examination in Munich in 2000.

“Preis für gute Lehre” recognizing excellence in teaching, awarded by the Bavarian Minister for Science, Research and the Arts, 2006.

Spokesperson for the Council of Museums of the City of Nuremberg Memorium Nuremberg Trials.

Member of the Arbeitskreis Völkerstrafrecht.

Of Counsel with the firm Salleck & Partner in Erlangen in the field of White-Collar Crime/Compliance.

July 2010 – November 2011 Spokesperson of the academic founding commission for the planning of the UN Nuremberg Principles Academy of the Foreign Office and the City of Nuremberg.

Since 11 January 2012, Member of the Independent Academic Commission at the Federal Ministry of Justice for the Critical Study of the Nationalist Socialist Past.

Since 20 May 2014, Member of the Panel of Experts on the Reform of Homicide-Crimes at the Federal Ministry of Justice and Consumer Protection.

Since 2015, Member and Vice-President of the Advisory Board of the International Nuremberg Principles Academy.

Disclosure of Evidence in International Criminal Trials – An Historical Overview, 2013.

The Protection of Victims and Witnesses at International and Internationalized Criminal Courts – the example of the ECCC, 2013.