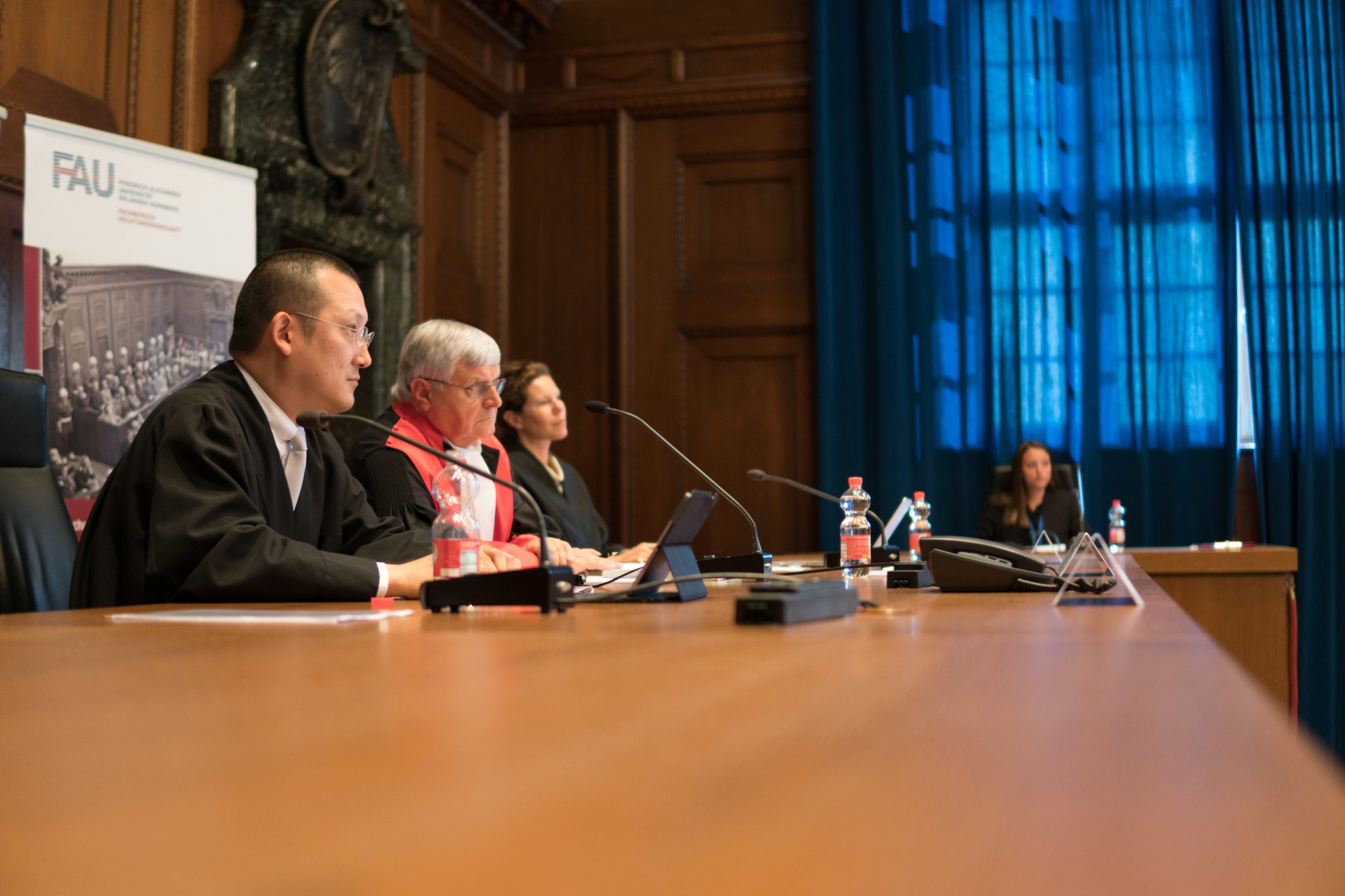 The Nuremberg Moot Court is an international competition, held in English in Nuremberg, Germany. University teams from all over the world are invited to argue a fictitious case before the “International Criminal Court” during a three-day competition. A moot court is a simulated court proceeding which invites students of law to compete based on their oral and written legal argumentation and presentation, from both the prosecution and defense positions.

Dissecting both complex procedural and substantive issues of international criminal law, students are given the unique opportunity to develop their skills and plead at the historic Courtroom 600 in the Nuremberg Palace of Justice, where the Nuremberg Trials against the major Nazi war criminals took place.

Learning from practice – exchange with students from all over the world